LMM Menu is no longuer supported. You can download the new major update called QuadMenu.

QuadMenu is a WordPress menu designed for both regular users and developers. The idea was bring to the world a plugin designed to be included from the scratch in your themes projects

This is the first release but i’ll include some new features in the near future like carousel menus and special features for WooCommerce.

The menu has a drag and drop interfaces dashboard, allowing you and your users to create and customize an unlimited amount of mega menus and tabs menus without any programming skills. 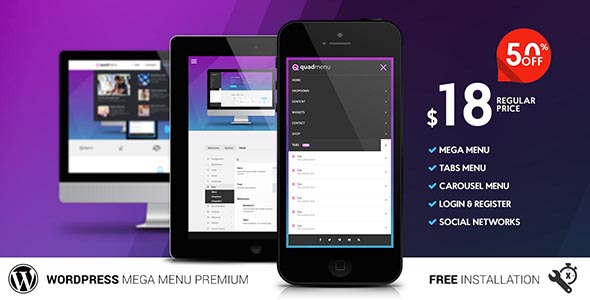