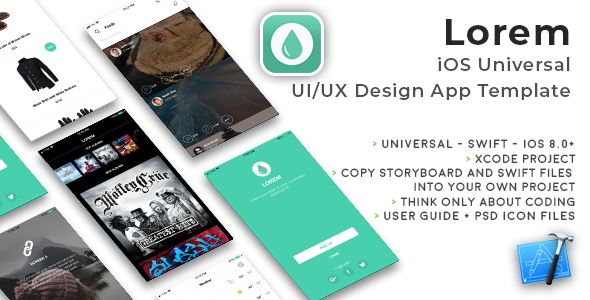 PLEASE NOTE THAT THIS IS NOT A FULL APP, BUT A UI KIT DESIGN TEMPLATE WITH ELEMENTS YOU CAN USE IN YOUR OWN XCODE PROJECT!
CHECK OUT THE SCREENSHOTS TO SEE HOW MANY CONTROLLERS THIS TEMPLATE HAS

Lorem is a professional mobile UI Design Xcode project that helps you to build your next outstanding app in no time. As an iOS developer, you probably spend a lot of time on designing your applications, so this template comes with lots of UI elements you can easily grab and use in your own Xcode project.

This is not a fully functional app, the Xcode project included in the package has several Controller in its Storyboard and their relative swift files, which contain the necessary code to style some of the UI elements of the Controllers and make some basic functions, so you can just use those files and Controllers as a base template for your own applications.
This will dramatically reduce your development time and make you focus more on the code instead of the design!

Sure, start by reading this tutorial, it will surely help you get familiar with Xcode and its UI interface: https://hubpages.com/technology/iOS-About-Xcode-and-its-interface

What about free support for this template?

I can offer free support for bugs encountered in the original code.
Instead, if you’ve edited the code and messed something up with it, I may apply some fee to fix it either via TeamViewer or by checking your app project files directly on my computer.

Should I use the latest version of Xcode to edit this template?

Yes, I always update my apps to the latest version of the IDE. 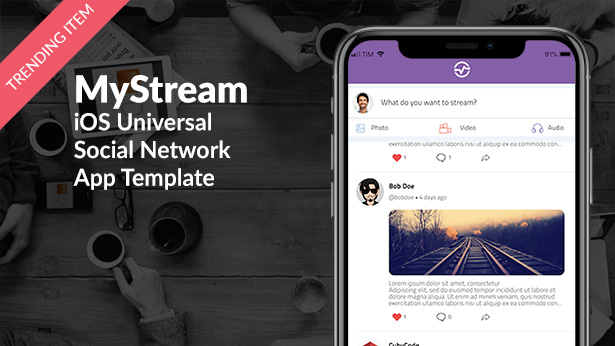 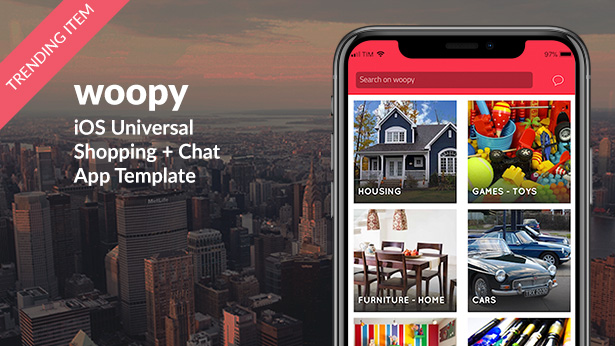 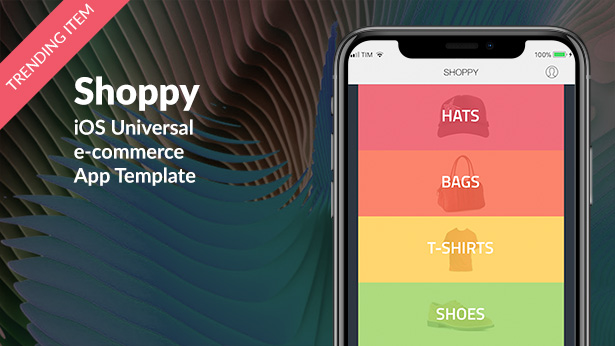