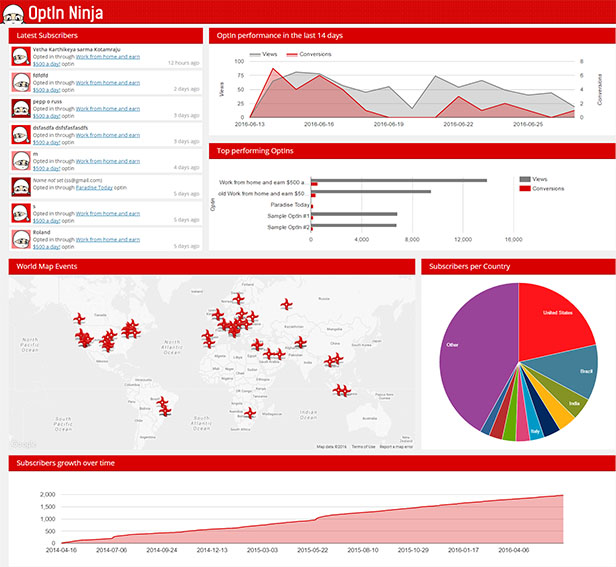 OptIn Ninja creates 2-step, highly optimized squeeze pages in seconds available as pop-ups or stand-alone URLs, integrates with any WP theme, has built-in stats and A/B tests, and supports numerous autoresponder options – view demos & videos. Stats are available on a unique, detailed dashboard. New templates are added weekly and can be downloaded from the plugin dashboard. 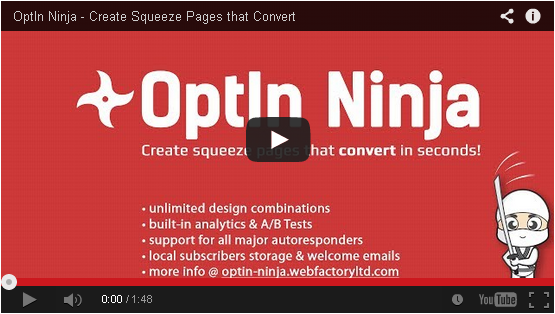